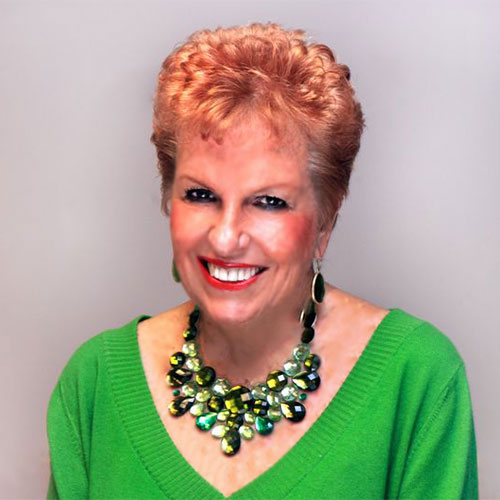 Sondra Ray, author of nineteen popular books on the subjects of rebirthing, relationships, spirituality and healing, has formed a new expression of conscious connected breathing that liberates the mind from the past memories of birth trauma and negative thoughts that sabotage our life. Liberation Breathing® is the new yoga of our time….getting us in touch with our SOURCE faster than any other spiritual practice. Sondra Ray heads the team of practitioners worldwide who have spent years mastering the healing power of the breath, and who have surrendered to the Life Force of the Divine Mother.

Sondra is a master of teaching the truth about relationships. She wrote the Loving Relationships Training in the 1970’s and it has been taught internationally ever since, helping thousands of people get clear on the dynamics of relationships. Her high road to practical enlightenment brings clarity to the cause and effect of thought, and the importance of cleansing the mind of “negative thoughts” that inevitably lead to death. Her teaching and books on immortality have posed the possibilities of spiritual healing and the extension of health and life by the power of one’s mind…and the powerful forgiveness process of Liberation Breathing®.

For anyone interested in being all they can be, and ascending the ladder of holiness to their immortal Self, Sondra Ray is an effective guide and mentor in these times of great change and transition. She offers seminars and retreats all over the world, and is available anytime for private Liberation Breathing® sessions over SKYPE. 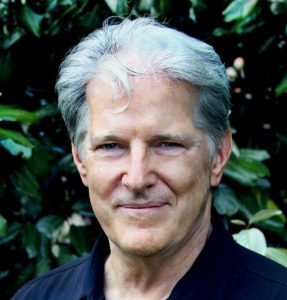 Markus Ray studied art at the Cleveland Institute of Art, and Tyler School of Art of Temple University in Philadelphia where he received his Master of Fine Arts degree in 1982, and maintained a studio there until 2008. He became a rebirther in 1987 and travelled with Sondra Ray to India in 1987 and 1989. In 1989 Mark met his teacher, Tara Singh, and studied A Course in Miracles with him for seventeen years. You can join Sondra and Markus’s “Miracles For You: 1-Year Support Network for A Course in Miracles.” Click Here for Registration in “Miracles for You.”

Partner of Sondra Ray, Markus assists her on the Liberation Breathing® Team. He also maintains an artistic career and continues to paint during the workshops all over the world. See his paintings on his website: www.markusray.com.

Markus writes as well as paints,  and currently authored three new books with Sondra Ray. He writes articles at www.markusray.com/art-look and completed a volume of verse and paintings called Odes to the Divine Mother.

Markus is the Creative Partner of Sondra Ray and www.sondraray.com.  He co-ordinates Sondra Ray’s worldwide schedule of events, workshops and retreats.

Recently Markus works at www.markusray.com where he offers originals and Giclee reproductions of completed paintings of Babaji, the Divine Mother, Jesus and other holy subjects.  He has also created an online art magazine: “Art Look” —an art lover’s companion— You can subscribe to it on his Home Page and receive a free Min-E-Book: Art Look: How to Live Better With Art. 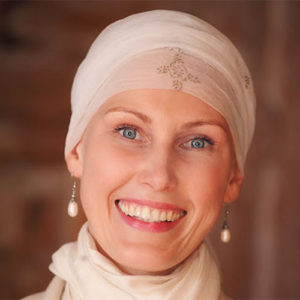 Pille also teaches yoga and has a breathwork practice near Tallinn. She also has studied economy at the university and is working as a real estate agent.

She has studied Yoga in ashrams in India, Bali and the Bahamas to further her knowledge and deepen the understanding, with the aim of growing spiritually and teaching others on the same path. She says, “The day I discovered Liberation Breathing® my life really blossomed.” She has been practicing Liberation Breathing® from the year 2011.

Next LB/LRT Event in Estonia: 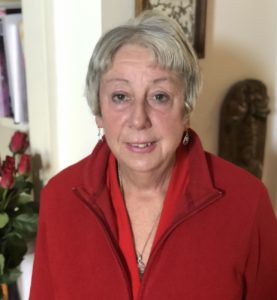 “I became a Rebirther in London in the early 1990’s, when Sondra first came to teach the Loving Relationships Training.

I have experienced how life-enhancing Liberation Breathing is. When we practice breathing the conscious connected breath, it helps us to live our life with pure joy and deep ease.

I work well with teenagers, and notice they really breathe well and are very willing to share how they are feeling about their experience of the breath.”

Brenda has participated and Assisted on several Loving Relationships Training courses and attended Spiritual Quests in Glastonbury, Bali, Hungary & India in the past few years of 2016-2019. She completed a four month training program, and a 1 year Rebirther Training with the Professional Rebirthing School (1994-95 – London). She’s also done rebirthing with teenagers.

Brenda has taught yoga for 27+ years and is also a Body Harmony Practitioner. 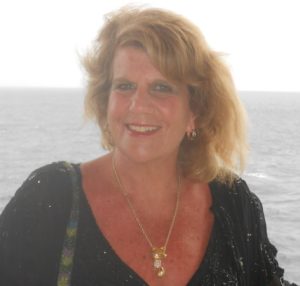 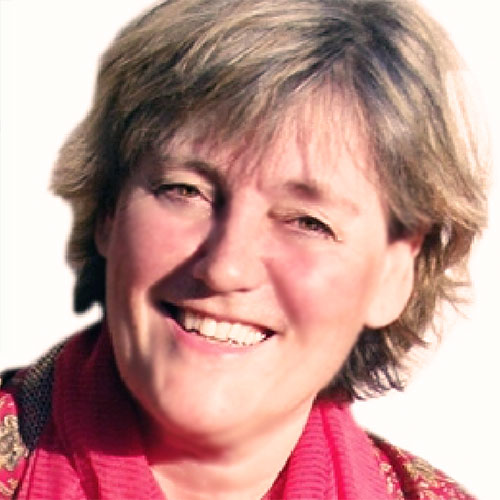 Tove Jensen, JOINS US on the LIBERATION BREATHING TEAM, from Copenhagen, Denmark. Tove has more than 25 years of experience with body therapy, breathwork and healing.

She is a practitioner of Liberating Breathing® and has studied and worked closely with Sondra Ray since 2010. Prior to that she received training from Lena Kristina Tuulse in Sweden, and Binnie A. Dansby who developed SOURCE Breathwork, working with them for 15 years.

Since 1984 she has been a student of the Energy Master Michael Barnett, and since 1997 a devotee of AMMA, Sri Mata Amritanandamayi Devi. She has stayed in the ashrams of these two Masters periodically. Her spiritual connection to them is the fundament of her work.

Tove worked with environment protection for the Danish Government for many years, besides her practice with body therapy, Energy Work and breathwork. Now she works only in her practice, with groups and individuals.

We met Silke Modersohn at the Global Inspiration Conference in India in 2014. She has been trained as a Rebirther in 2005 in Tenerife, then spent time learning with Leonard Orr in Spain, Germany and United States.

She started organizing us in 2016 in Tenerife, joining us to Bali and India. She is a very experienced and dedicated Breathwork Practitioner and has been initiated to Liberation Breathing in 2017.

Silke has a Breathwork Center in Tenerife, Spain, and gives private Liberation Breathing sessions and workshops and Rebirther trainings.

“Working with Sondra and Markus has made a big change in my life. There are so many people out there teaching consciousness and enlightenment but I have seen few people living what they teach. For me they are an inspiration and Liberation Breathing is a technique to true enlightenment and pure life.”

Next LB/LRT Event in Tenerife: 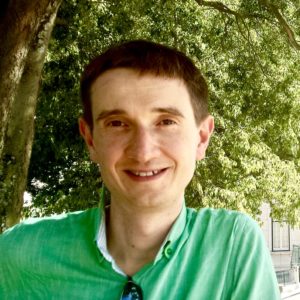 Krzysztof has a breathwork practice in Szczecin. He also has studied law at the university and owns a polish-german law firm. 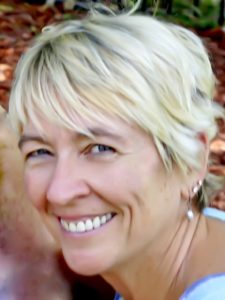 We welcome Tracy Lacue from Atlanta, GA. The USA. She is a “new” Certified Liberation Breathwork practitioner although she is not new. Tracy has been studying and practicing rebirthing since 1987 when she met Sondra Ray while attending her first LRT. She became a student of ACIM, studied Reiki and other healing modalities but breathwork captured her heart.
She’s made a career working in hospitals as a medical technologist but after going on the India Quest in 2017, she is now answering a call to a different kind of service.
We are blessed and excited to have her join us. You can contact her below. 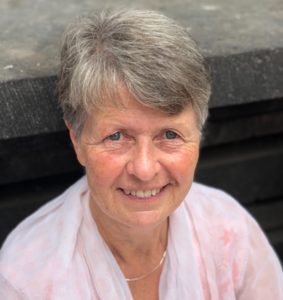 Monique has taken the teachers training with Leonard Orr, founder of rebirthing and took the complete rebirthing training in Holland with Robert Tettero. She also assisted Robert on a hot water breathworktraining. Then Sondra Ray came into her life.

After working with hypnosis, Louise Hay courses, massage and rebirthing from the nineties Monique discovered the Liberation Breathing with Sondra Ray and Markus Ray. She attended many quests and trainings all over the world and never before had she been in such high energy places with guidance of clear, highly spiritual teachers, Sondra and Markus.

Monique feels Liberation Breathing is a divine tool for growth and healing  and it is so complete that nothing else is needed. It connects you to your soul where everything is perfect.

Monique organizes workshops for Sondra and Markus Ray in Holland and offers private as well as group breathwork sessions. 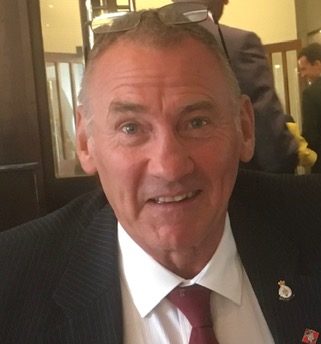 On the LIBERATION BREATHING TEAM from

Phil spent 44 years as a career Soldier in the British Army.

He was adjusting to civilian life when he  found Liberation Breathing.

Phil says, “It changed my life I now feel I am a soldier of God and  have a passion to

show people how much power they have to transform themselves with their Breath; its all in the Breath !”

Phil has trained intensively with Sondra Ray and Markus Ray  since 2017.

He also supports his partner , Nicola Garrett, in Group Breathwork  sessions at EXHALE in  Lancaster.