Sondra Ray, the “Mother of Rebirthing” 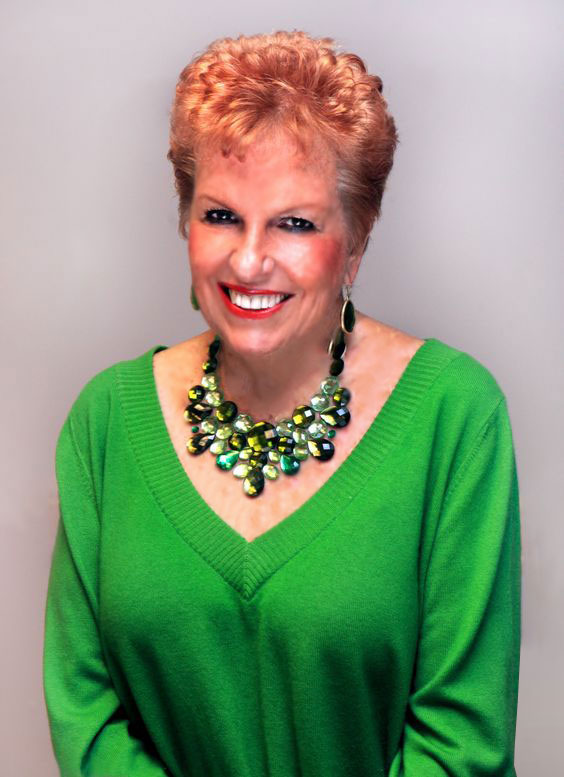 Pioneer & Leader in this age of Spiritual Self Mastery

Sondra Ray is known the world over as one of the most dynamic spiritual leaders of our day. She is recognized by many as a spiritual teacher, author, rebirther, lecturer, and healer, with a renowned expertise in the area of relationships. Inspired by President Kennedy in the early 1960’s, Sondra Ray was a pioneer in the first 10 groups of the Peace Corp, an experience which gave her the lifelong dedication to world service.

In her early formative years before her life mission as a Rebirther, teacher and author, Ray earned a B.S. degree in Nursing from the University of Florida College of Nursing, and a Masters Degree in Public Health and Family Sociology from the University of Arizona. She was trained as a Nurse Practitioner in Obstetrics and Gynecology. During her assignment in the Peace Corps she was was stationed in Peru, which prepared her for world service.

Sondra Ray has written 18 books on the subjects of rebirthing, relationships, ideal birth, The Forgiveness Diet©, A Course in Miracles, healing and holiness, and the many mental & spiritual imperatives in life….and many other deeply pertinent subjects in our quest to Lovingly integrate ourselves in these modern times. In her best seller, The Only Diet There Is, Sondra shows people how to lose weight by forgiving people, especially themselves.

Author Marianne Williamson says of Sondra Ray:
“…those who explored the frontiers of universal spiritual consciousness were true pioneers. Their ideas were mind blowing and life altering for an entire generation, for whom such beliefs were startlingly outside the box. One of those pioneers was Sondra Ray…

If Sondra writes a new book, I read it. I let go of my left brain and drink her in, imagining her sitting on a chair, explaining to me what to her is so obvious and the rest of us, well, maybe not so much. I have never experienced Sondra as anything other than a beam of light…

I have lived enough to be able to say that of all the good fortunes I have had in my life, encountering her has been one of the liveliest. Sondra Ray is more than a woman. The word GODDESS comes to mind…”
Marianne Williamson in Sondra’s book, “Rock Your World with the Divine Mother.”

Ray was launched into international acclaim in the 1970s as one of the pioneers of the Rebirthing Experience, along with Leonard Orr, its founder. Since then, she has trained thousands of people all over the world in this conscious connected breathing process, and is considered one of the foremost experts on how the birth trauma affects one’s body, relationships, career and life. As she puts it, this dynamic breathing process produces extraordinary healing results in all of your relationships — with your mate, with yourself and with Life… very fast. By taking in more Life Force through the breath, limiting thoughts and memories, which are the cause of all problems and disease, come to the surface of the mind so they can be “breathed out”, forgiven and released.

Now Sondra Ray has taken Rebirthing to a new level of effectiveness by invoking the Divine Mother energy into the breathing sessions. Her new expression of this process is called LIBERATION BREATHING®.

Often ordained as the “Mother of Rebirthing”, Sondra created and teaches various seminars, including her most popular Loving Relationships Training™ which has evolved into the New LRT®. This training has helped thousands of people get clear on their relationships by explaining common negative family patterns and by dissolving these patterns through applying practices of LIBERATION BREATHING® and affirmations of creative thought. Ray has taken these seminars and trainings across the globe to countries such as England, France, Spain, Italy, Germany, Iceland, Ireland, Poland, Sweden, Estonia, Russia, New Zealand, Australia, Singapore, Bali and Japan. She also takes groups to India, Iceland, Bali and Hawaii for annual pilgrimages.

Sondra also had the privilege of spending time with the immortal Master, Maha Avatar Herakahn Babaji, in India on several occasions from 1977-1984, becoming His lifelong student and disciple. For the past 26 years she has led groups to India and introduced thousands to the deep spiritual heritage this country has to offer. Her India Quest is given every Spring. SONDRA takes people to the Banks of the Ganges, to Herakahn, to participate in the Spring Navratri, a nine day spiritual festival dedicated to honoring the Divine Mother – the feminine aspects of the Divine Nature that permeates all Life. Participants are also immersed in the LIBERATION BREATHING® process daily during the India Quest, her most powerful offering of the year.

Ms. Ray currently travels the world teaching, and has a private healing practice with her husband, Markus Ray, in person and over Skype. People who have worked with Sondra Ray say her teachings, her dynamic presence, and the Liberation Breathing® process have saved them years of time in getting clear on relationships and has sped up their spiritual evolution.

Sondra was one of the first to lecture on and teach A Course of Miracles since in the late 1970’s. She has said, “A Course in Miracles is the most important book written in 2000 years.” 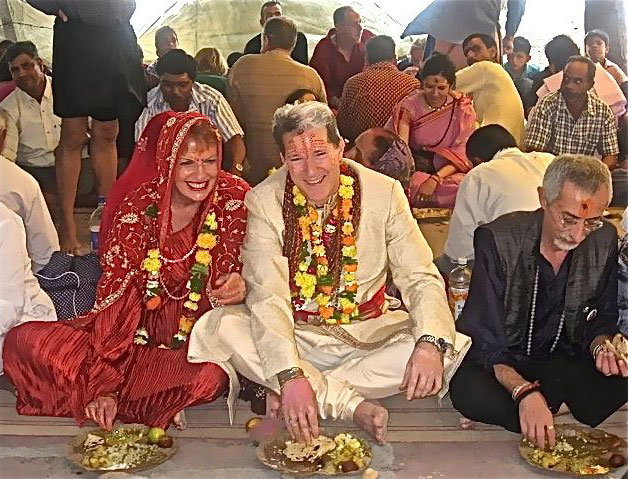 Sondra Ray and Markus Ray on their wedding day in India

Together with her husband, Markus Ray (who studied with Tara Singh* for 17 years on ACIM), they travel the world speaking on this profound scripture, which Tara Singh called “A Gift for all Mankind”, destined to be one of the greatest gifts America has contributed to the world. Sondra & Markus’s dialogues are available here on this website as “Dialogues on A Course in Miracles” and also on their Miracles are Present website.

Applying 30 years of metaphysical study, Sondra Ray has helped thousands of people discover how their negative thought structures, birth trauma, habitual family patterns and unconscious death urge have affected their life… and how to make lasting changes through LIBERATION BREATHING® to be more free, happy and productive. No matter what Sondra Ray is doing, she is always trying to bring about a higher consciousness. Recently she has written three new books yet to be released on the subject of LIBERATION BREATHING®, The New Frequency for Relationships, and Babaji: My Meetings With A Real Avatar, which she envisions will shift the current paradigm in relationships around the world to a new level of consciousness, free from anger and conflict.

* Tara Singh, author, humanitarian, lecturer on A Course in Miracles was trained by Mr. J. Krishnamurti for over 30 years to prepare him for 3 years in silence… out of which came the blessing of his meeting with Dr. Helen Schucman, the scribe of A Course in Miracles. It was his intense relationship with Dr. Schucman, on a daily basis for over 2 and 1/2 years that served to ordain Tara Singh as one of the most authentic voices on this modern day scripture available in these times.